Thursday, 05 April 2018
On April 4, grain exports increased to almost 40 million tons
According to operative data of the Federal customs service of Russia of April 4, exported to foreign countries of about 39 million 988 thousand tons of grain, which is 39% higher than the same period last season (28 million 689 thousand tons) 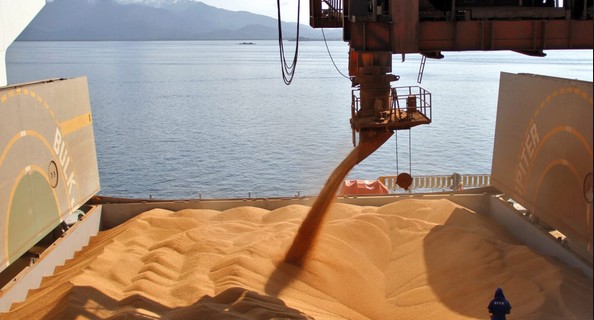 Wheat exports from the beginning of selhoztehnika amounted to 31.2 million tons, which is 41% higher than the same period last year.

Corn exported 4 million tons, which is 1% higher than the same period last season.

Other crops exported 267 thousand tons, which is 41% higher than the same period last season.

In 2017, the exported agricultural products worth about 20.7 billion dollars, which exceeded the planned value of the indicator as a priority project by 11.5% (17.9 billion us dollars. by the end of 2017).