Friday, 04 May 2018
Russia has exported grain to five hundred billion rubles
According to the analytical center of JSC "Rusagrotrans", for the period July 2017 - April 2018 the export of grain, including flour and bean, from Russia exceeded the result of the season 2016/2017 9.8 million tonnes. Only exported about 46.8 million tons of grain worth more than 500 billion rubles, reported the press service of the company 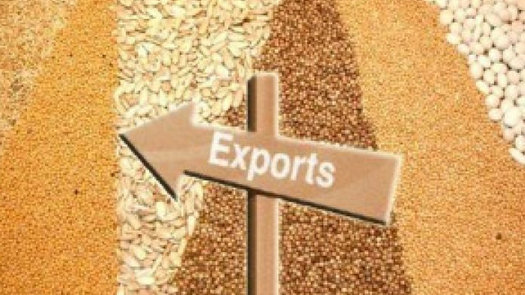 According to published reports, the railroad brought about 15.3 million tons of grain (+4.5 million tonnes the previous season). As the current season is not yet over, the volume of grain export may reach 54 million tons.

The growth of exports stimulates raised the price of wheat, a ton of which is 215 dollars, it is higher by 30 dollars, than last season.

Experts predict a significant amount of exports in the next season. This year's harvest, analysts of Rusagrotrans estimated at 125 to 130 million tonnes (in 2017 were collected 135.4 million tons of grain).