Monday, 17 June 2019
Ukrainian ports have significantly reduced grain shipment
According to preliminary data of operational monitoring conducted by the IA "APK-inform", in the period from 8 to 14 June 2019 with the seaports of Ukraine was exported 452 thousand tonnes of basic grains, which is 39% lower than in the previous week (744 thousand tonnes, including updating data). 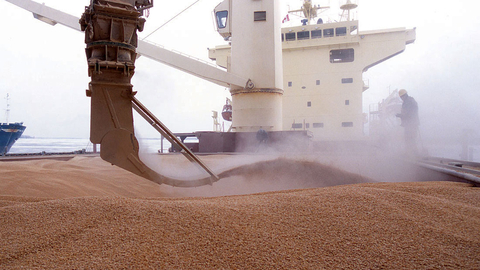 In particular, the wheat exports over the period amounted to only 19 thousand tonnes of 230 thousand tonnes a week earlier. There was also a reduction in shipments of corn by 16%, to 433 thousand tons. Barley in the reporting period was not shipped.

The TOP 3 destinations for exports of major cereals over the past week included China (68 thousand tonnes), Iran (66 million tons) and Turkey (64 million tons).