Wednesday, 25 December 2019
Last weeks shipment of grain from the ports of Ukraine grew by 12%
According to preliminary data of the monitoring conducted by the IA "APK-inform", in the period from 14 to 20 December, the seaports of Ukraine exported 1.48 million tons of basic grains, which is 12% higher than the previous week (1.32 million tons, taking into account the update of the data). 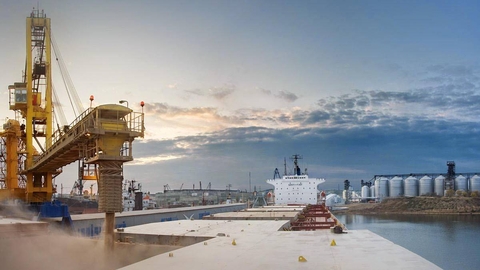 In particular, during the reporting period the wheat exports remained at the level of last week – 294 thousand tons. At the same time, corn exports increased by 19% and amounted to 1.16 million tons compared to 978 thousand tons in the previous week, while shipments of barley decreased by 42% - to 25 thousand tons to 43 thousand tons a week earlier.

The TOP 3 export destinations the main grain from Ukraine by results of the week included the Netherlands (228 thousand tons), South Korea (194 thousand tons) and Spain (191 tons).

Taking into account the update of the data a leader in the volumes of the major grain exports in the season-2019/20 remains the port of Nikolaev (of 9.84 million tonnes). Second place goes to the port of Chernomorsk (of 5.88 million tons), the third – the port of Pivdenny (5,77 million tons).