Thursday, 05 March 2020
The harvest of rye in Russia in 2019 fell to the lowest level in more than a half-century
The harvest of rye in Russia in 2019 was the lowest since 1965 due to the reduction in acreage to a record low 850 thousand hectares, according to a review Center for agrobaltika subordinate to the Ministry of agriculture of the Russian Federation. Last year Russia harvested 1,428 million tons of rye, which is 488 thousand tons (25.4%) lower than a year earlier. 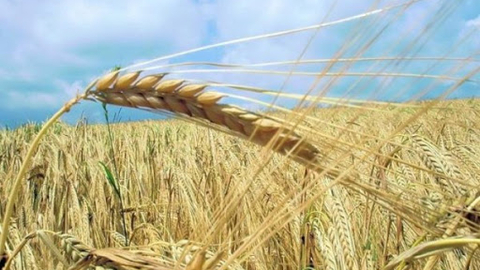 According to "Prozerno", on 21 and 28 February, the average price of food rye in the European part of Russia grew by 295 rubles, to 15,015 thousand roubles per tonne (EXW, VAT 10%). In the Centre prices rose 625 rubles in the Chernozem region - 250 rubles, in Siberia, at 835 rubles per ton, and in other regions remained stable.

As reported, the agriculture Ministry plans to resolve this imbalance and to increase this year, the area under rye to 200 thousand ha, buckwheat - by 52 thousand hectares.

Последние новости
16:02 Weekly review of the market of milk and beef for week 13
15:09 GfK study: the Effect COVID-19
14:03 Corteva Agriscience holds a photo contest
13:01 Anti-crisis online conference "See the Possibilities - See the Money"
12:09 HUMIDITY OF GRAIN AND METHODS OF ITS DETERMINATION
11:01 AGROSILA sent for repair campaign of 500 million rubles, optimizing costs through lean manufacturing
10:04 A competition for applicants the National prize. Izhevskogo AA in 2020.
09:09 As certified organic production: a checklist for producers
08:02 Agricultural equipment in leasing: machinery AGROMASH rent through JSC "Rosagroleasing"
17:07 Rosselkhozbank will provide banking services in all regions of presence
16:05 Experts warned about a possible increase in the price of rice and wheat
15:00 The government proposes to be involved in the turnover of unclaimed land shares
14:05 Another heavy-Bizon joined the fleet delivery of agricultural equipment
13:07 The reduction in exports led to a substantial increase in grain stocks in the South and in the centre of the Russian Federation - experts
12:08 The President of the NRA of the Roots of biggov: the anti-epidemic period should be provided with continuity of insurance protection to farmers
All news