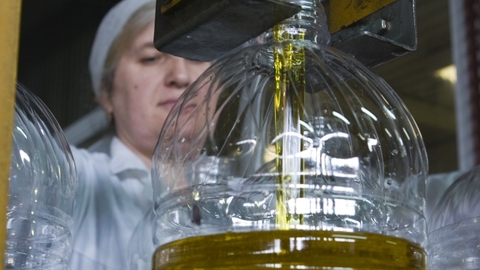 "Strengthening world prices for sunflower, soybean and palm oil was observed from the beginning of may, and the upward trend continues, commented "the Agroinvestor" Director "SovEcon" Andrey Sizov. — The main reason is the rapid rise in oil prices, and raised the price of oil above our estimates." In addition, revives the demand of importing countries for palm oil, are expected to intensify purchases by China, there is a likelihood of problems with deliver of soy oil from Argentina due to the fall of the water level in the main export artery, the river paraná, lists the expert.

Sunflower and oil in the Russian market is also actively rose in price, and the current ratio of the price of oil and the sunflower does not enable plants to make money — rather, on the contrary, when the cost of raw materials the companies lose money continues to Sizov. "Many factories have not yet fully provided with raw materials and continue to purchase sunflower than farmers actively use," he says.

According to OilWorld, in late may — early June average procurement price of sunflower ranged from 24 thousand rbl./t to 25.3 thousand rubles/ton depending on the region, for a week they increase to 0.1-1 thousand RUB./t sales Prices were at the level of 25.7-26.7 thousand RUB/tonne, gaining for a week from 100 rubles to 1 thousand rubles per ton.

According to Executive Director of oil and fat Union Mikhail Maltsev, the growth of prices for sunflower is associated with the traditional end of the season by shortage of raw materials, as well as the fact that farmers kept the seeds until the end of the season, waiting for higher prices amid a significant supply for export. From 13 April to 30 June, the export of sunflower outside the EAEU is prohibited, however, contrary to expectations, this has not led to lower prices for sunflower seed. Earlier it was reportedthat the ban could be extended until September 1. According to oil and fats Union, the decision to extend the restrictions on the export of sunflower Eurasian economic Commission is still pending.

Analysts "SovEcon" I believe that the price of oil will soon reach its peak and begin to decline, and after them will go down and the cost of raw materials. So, stock prices for soybean oil is already beginning to unfold, and probably for them in the near future will follow the prices of palm and sunflower oil, said Sizov. "In recent weeks we recommend to owners of sunflower to sell stocks, this recommendation remains relevant," he adds.