Wednesday, 10 June 2020
Analysts revise forecasts of grain harvest
In the South of the country there is shortage of moisture, but in the centre forward high yield 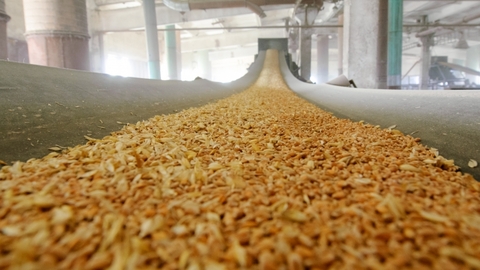 According to the Director of information-analytical Department rzs Elena Tyurina, the revision is attributed to a likely reduction in grain yield in the South of Russia. "But from the Volga region and Siberia there are reports that spring sowing is very good, and the crop formation at a high level, commented "the Agroinvestor" Tyurina. Due to the South of the country and winter we lowered the forecast of gross yield, but despite this it is possible to expect increase of wheat exports from 33.2 million tonnes this season (including countries of EEU) to 35 million tons in the next." According to her, the RGU monitors the situation and further possible adjustment of the forecasts, including their increase.

The head of the analytical center of "Rusagrotrans" Igor Pavensky has told RIA "news" that the centre has revised its forecast of the crop in the southern regions, decreasing it from 42.8 million tons to 40.6 million tons at the expense of the Stavropol and Krasnodar territories, where, despite the rain, there is a lack of moisture. In the center of the country's grain harvest may be higher than the level of the record 2017 (32.6 million tons). The Volga region can show significant growth in gross yield compared with the previous year, with 22.6 million tons to 27.6 million tons, he added.

While Stavropol Krai may lose more than 40% of the grain harvest due to frost, hail, and prolonged droughts. "That is the harvest will be just over 4.5 million tons In respect of winter wheat is projected to decrease by 42% to 3.8 million tons," — said Deputy Minister of agriculture of the region Vyacheslav Driver (quoted by "Interfax"). According to him, of planted of 2 million hectares in satisfactory condition are 50% of grain crop species in the bad — 28%, critical — 13%. The crops died on 9% of the area (179 hectares).

Approvedate of Krasnodar Krai reports that the area lost due to bad weather crops in the region amounted to 52.8 thousand hectares had been damaged recorded on an area of over 850 hectares. However, as stated at the end of may the Vice-Governor of Krasnodar region Andrei Box, in the whole region, the condition of crops in most parts of crops is estimated as satisfactory.

Last week, amid fears for the harvest, export prices for Russian wheat rose. According to IKAR, the price of wheat of new crop with 12.5% protein (FOB Novorossiysk) increased to $206/t "Sovekon" notes the growth of prices of $2.5 to $207/ton, writes Reuters. In the domestic market, wheat prices remained on average stable with the exception of some increase in the Central region, where there were fears of delay of new crop due to cold weather. So, the price of wheat of 3 class rose within the week by $ 25 to 14 thousand rubles per ton, fourth — 50 RUB. up to 13.7 thousand RUB/t.