Thursday, 11 June 2020
The grain harvest could become the second after the record-2017
Gross harvest in the South is projected higher than last year, despite the difficult situation with the weather 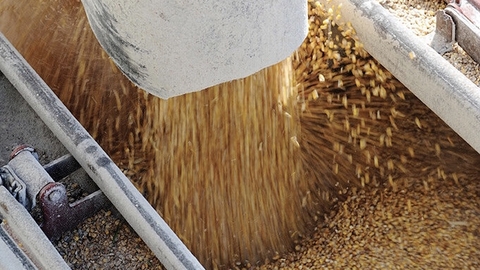 The analytical center "Sovekon" has updated the forecast of grain harvest this year, raising it from 126,3 million tonnes to of 128.6 million tonnes, including the potential gross yield of wheat increased from 81.2 million tons to 82.7 million tonnes. the Director of the center Andrey Sizov told the online program "BayArena", organized by Bayer. "This year we expect very good harvest, which is second only to the record 2017, he said. — Greatest increase in wait for wheat, for barley and maize, the figures will be close to last year". Gross harvest of barley could reach 19.9 million tonnes (20.5 million tonnes last year), corn — 14.8 million tons (14.3 million tonnes), from the presentation "Sovekon".

Analysts predict a high yield, despite the problems in the regions of the South and there is the expected shortfall. One reason is the great expansion of wheat crops: the area of winter are estimated at a record 16.7 million ha, spring — at the level of 12.4 million hectares, Sizov said. According to him, Russia is a beneficiary of climate change and may sow more winter wheat and increase the gross yield.

According to the data of satellite monitoring of crops status, the national average the situation with the development of grain looks good, although the South "matters a lot", said the expert. The NDVI index in the Rostov region as a whole looks better than the average, in the Krasnodar region — average and worse than average, according to the Stavropol region the situation is the worst since 2012/13. The region has suffered from drought, and the may rains did not fully compensate for the damage that was done to the crops, said Sizov.

From 1 may in the Stavropol region because of drought and frost introduced a state of emergency, which was lifted in early June. The regional authorities estimate the loss of grain yield at 40%. In may the head of the Federal Ministry of agriculture Dmitry Patrushev at a meeting with President Vladimir Putin admitted that in the Kuban, Stavropol and Rostov oblast grain yield may be 30% below last year due to adverse weather conditions.

Branch Director of the National centre of grain to them. P. Lukyanenko Viktor Gukalov in the air "BayArena" said that from August 1, 2019 June 1, 2020 in the Krasnodar region fell to 300 millimeters of rain at a rate of 500 mm in addition, the April frosts, which damaged winter wheat and ultra-fast ripening varieties — killed the main shoot. Mostly affected crops early sowing date (1 October) — of the ten main shoots killed eight, while in fields that were seeded after October 10, the situation is better — died on average two out of ten main shoots. Assessment Gukalova, the yield is 20-25% lower than last year because the main shoot forms 25-40% of the crop.

The national Union of agricultural insurers (NSA) on the basis of space monitoring data notes that at the beginning of June, the pace of development of agricultures in the West of Krasnodar region was 10-20% below normal, almost the entire territory of the Stavropol region — by 20-30%. The reason for the relatively weak development of crop species could be a low level of moisture in the soil: in these regions, it was 15-25%. In the next two weeks, according to the weather forecasts and anticipated precipitation, the situation in the Kuban, and in some areas of Stavropol territory will change in a favorable direction, says the President of the Union of the Roots of biggov. "This may improve the prospects for the yield of spring crops in the South of Russia as a whole, but for individual farms, there is a high risk of loss of the crop," he notes (quote via the NSA).

According to the forecast "Sovekon", despite not the most favorable situation in the South of the country, the grain harvest there may be 34.5 million tonnes, down from 31.8 million tons in 2019, that is, at a level of 2017. "We expect a very good harvest of grain in General and wheat in particular, including in the South, despite the difficult situation", — said Sizov.

Analysts Refinitiv Agriculture on the eve warned that in the southern regions of Russia increases the risks of yield reduction, because the rest of the week will be observed the tendency to increase in temperature and widespread drought. "The current forecast of wheat production in Russia in the season 2020/21 year from the company Refinitiv decreased by 2% compared with the previous update to 76.1 (70,3-99) million tonnes due to drought in the South of Russia", — stated in the message.