Wednesday, 15 October 2014
Crimean grain sells Ukraine
Regional Crimean authorities gave permission for the transportation of grain from the Crimea to Ukraine, where it is exported as a Ukrainian. 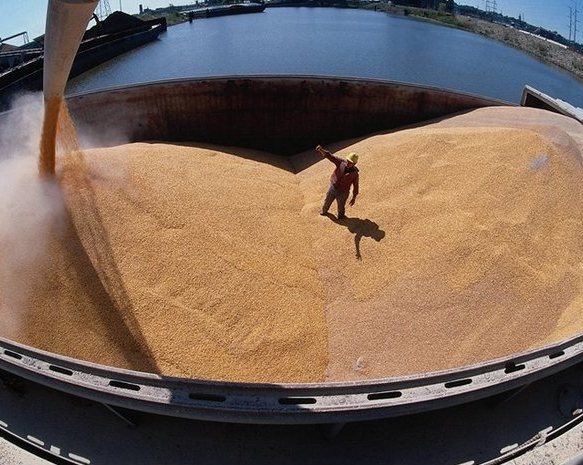 The main part of the Crimean manufacturers convey system or their grain and sell it for export as Ukrainian.

For this reason, the amount incorporated in the state Fund of grain from the Peninsula less than predicted by industry participants. About it the correspondent. TASS said the President of the Russian grain Union (RGU) Arkady Zlochevsky.

"Crimean grain flowed on Ukrainian territory, including the export of Ukrainian", - said the expert. He explained that this trend emerged due to the inability to directly export grain from the Crimea as Russian. According to Zlochevsky, re-export takes place with the permission of the regional authorities.

President RGU believes that its exports through Ukraine, the Crimean follow the path of least resistance. He recalled that the need to register their company as a Russian legal entity to have the opportunity to participate in the intervention purchases in the state Fund, creates additional obstacles for the Crimean grain producers.

"Initially we were told that the intervention Fund (from the Crimea - approx. as amended) can be picked up for around 300-400 thousand tons. Now we are talking about 80 thousand tons", - summed up Zlochevsky.

As previously passed TASS, the Minister of agriculture of the Russian Federation Nikolay Fedorov October 9, expressed suspicions about the pace of purchases in the intervention Fund of the Crimean grain, and therefore gave the order "to understand why it is so strongly and actively wanted to go, but so poorly respond".

According to the orders of the Crimean grain producers who were enrolled at the Department of agriculture, farmers Peninsula had intended to sell in the intervention Fund more than 100 thousand tons in 2014-2015 grain year (June to July). Thus, the gross grain harvest in the region in 2014 is expected at the level of 1-1 .2 million tons, informed earlier, the Minister of agriculture of the Republic of Crimea Mykola Polushkin.