Tuesday, 09 June 2015
Alexander Korbut: "Profitability in 2015 for the seed vessel in question"
The President of Zerosouth the Russian Federation made at the XVI International grain round 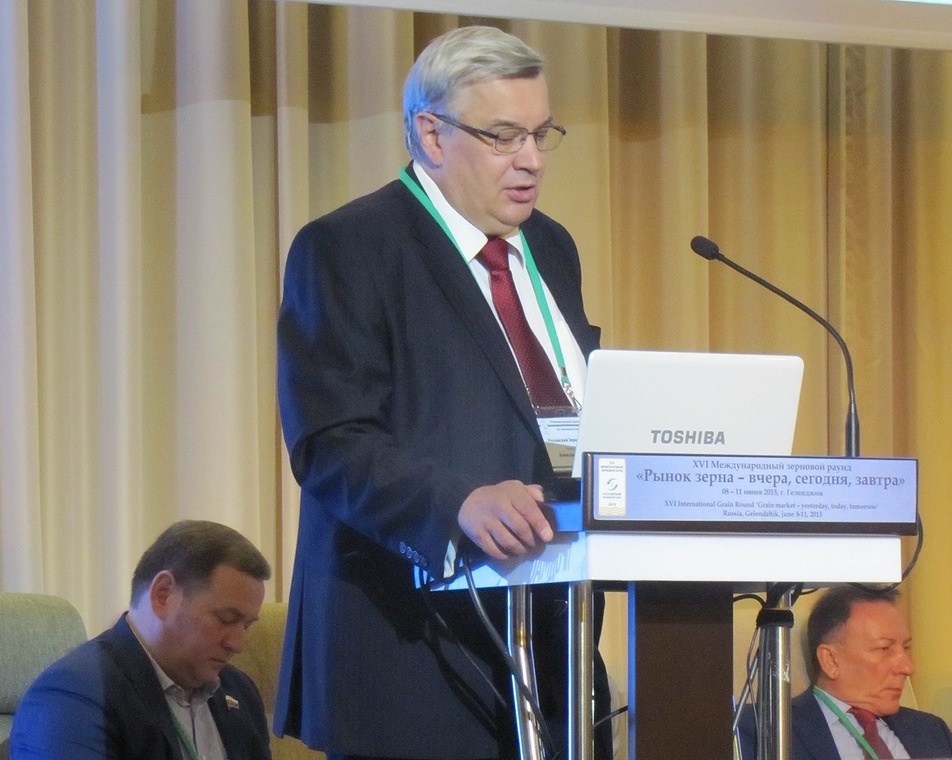 In the framework of the XVI International grain round of the Russian Grain Union with the support of the Ministry of agriculture of the Russian Federation, Administration of Krasnodar region and the Agro-industrial Union of Kuban was made Vice-President of Zerosouth Alexander Korbut.

He noted that market participants do not have this year count on a great support, in particular, on technologies of agricultural insurance.

"I'd rather not talk about insurance, because this audience it would be"a complete delight". In this industry remained a policy which has due to the cereal-growers are trying to develop livestock farming. Remained sharp increase administrative intervention in the shipment of grain, as well as the administrative burden regarding the price situation. This year we received a record level of profit - 258 billion, but including subsidies. How the situation will be stable, no one knows. We received a good level of profitability, but will we be able to get the same profitability in the year ahead? I'm afraid not", said Alexander Korbut.

According to him, the devaluation effect has dried up or is on granii of termination, and following the development at the expense of reduction of prices in his opinion impossible.