Friday, 20 November 2015
Food and Drug Administration (FDA) first approved the use of genetically modified animals as food
A new species will not grow in the U.S. and in Panama and Canada 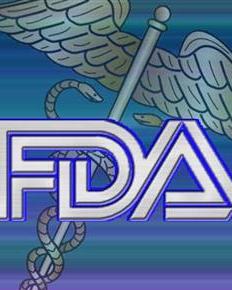 The Washington Post. In American grocery stores salmon that grows twice as fast as their conventional cousins.

The American Management on sanitary inspection behind quality of foodstuff and medicines (Food and Drug Administration, FDA) first approved the use of genetically modified animals for food.

Now in grocery stores in the U.S., you may receive the salmon, which grows twice as fast as their conventional cousins. In a statement, the FDA stated that the Agency will not seek to label genetically modified fish special labels in the sale.

The so-called "avaktivera" salmon (AquAdvantage), produced by the company AquaBounty, is additionally administered a growth hormone of Chinook (type of salmon, Chinook salmon). And that hormone maintained the efficiency for a long time, also introduced the American eelpout gene (similar to eel fish, ocean pout).

Conventional salmon growth hormone is only active during certain times of the year. The new look in a matter of a year and a half grows to the size of conventionally grown fish reach only three years.

Opponents of genetically modified foods have long been raised against such experiments, calling the result "frankenbaby". To the objections of activists listened in many large retail chains of the US, including Whole Foods, Trader Joe's and Target. In this salmon to buy will be impossible.

In the FDA claim that consuming such fish are not harmful, but production does not threaten the environment. Output will only be females, plus they are sterile - the creators claim that virtually all genetically modified fish unable to reproduce.

At the same time to grow new species are not in the USA, while in Panama and Canada, and only in isolated aquaria.

But opponents insist that AquAdvantage may still be in the wild, and since some of them - may their percentage and min - can replicate, that will eventually lead to the disappearance of regular salmon.

In addition, some consider the use of such fish for food is unethical or are afraid of possible allergies