Friday, 26 February 2016
African swine fever-resistant pigs bred in Scotland
Although more accurate to say "created" - it was not without genetic modification 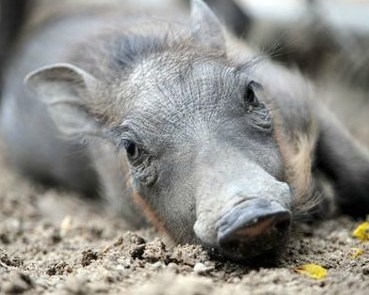 Scottish genetics has created a new breed of transgenic swine, whose genome they built in protection against African swine fever. It is reported by the journal Scientific Reports.

African swine fever (ASF) is a highly contagious viral disease of pigs, destroying about two thirds of infected with the pathogen of animals. First registered in 1903 in South Africa. According to various estimates, from 2008 to Rossinis ASF was destroyed about 1.5 million pigs. For comparison, the number of pigs in Russia is currently around 21 million units.

According to the International classification of infectious animal diseases ASF refers to the list A (highly dangerous) . Danger to humans is not, but causes considerable economic damage: after identifying the source of the disease the destruction of all exposed animals, and to breed pigs on the same place vets can afford not earlier than a year.
Scientists have long noted the important role of wild animals in the spread of the pathogen. However, despite the fact that wild pig often do carry the plague, becoming victims of mass death of the population anywhere has not been recorded. At the time, as pigs on farms in case of infection killed the polls.

This gave scientists the idea that perhaps among the wild animals appeared individuals with special, natural immunity to ASF. The quest for success: biologist Bruce Whitla (Bruce Whitelaw) from the University of Edinburgh (Scotland) and his colleagues compared the structure of genes related to innate immunity to viruses, conventional pigs (Sus scrofa) and their wild relatives - the African pigs, warthogs (Phacochoerus africanus).

The comparison showed that warthogs are protected from the plague RELA gene, which is just five "letters"-nucleotides different from how the same part of DNA from normal pigs. Focusing on this fact, the scientists replaced these five "letters" in the genome of domestic pigs and successfully cultivated a new breed of transgenic animals possessing a "hog" version of RELA.

This operation was performed by the so-called "zinc fingers" – a relatively old but proven methods to edit individual 'letters' in DNA. According to researchers, pigs are the first example of living beings, the gene was replaced by a similar part of the genome of another animal species in this way.

Now the authors are planning to start experiments in which they will appreciate how this change will affect the ability of pigs to resist the virus. If these experiments will be successful, then scientists will be offered to farmers to check their stability in practice, in conditions of large or small cattle farms.