Wednesday, 27 April 2016
Representatives of foreign transport businesses are ready to invest in Crimea
Businessmen are ready to give their suggestions on the Crimean transport forum in Alushta on June 23-24, 2016 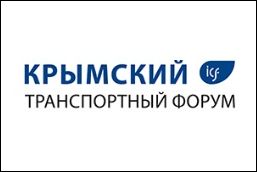 The organizing Committee of the Third Crimean transport forum conducted a survey of Russian and foreign businessmen about their plans for business development on the Peninsula.

Throughout the week, representatives of the organizing Committee received information, questions and suggestions from professionals in the transport market of Russia, CIS and Baltic countries.

"Foreigners are interested to participate in business development on the Peninsula is not less than the Russians, and some are not afraid of sanctions. The reorientation of freight flows, new opportunities for doing business on the Peninsula, causing keen interest among all participants in the transport community, especially among managers and owners of companies", - the organizers of the forum.

"Everyone understands that need strike while the iron is hot, it is obvious that when the infrastructure of Crimea is the perfect, all niches will be occupied. And the business community, at all times, which is the most penetrating class, showing the Crimea increased interest, despite the existing objective difficulties in the integration process and the political background that still has a place", - stated in the message.

Businessmen also come to the Crimean transport forum with its specific proposals to improve the economic climate of the Crimean Peninsula.

The organizer of the forum: ICF-International conferences".