Thursday, 25 August 2016
As Fonterra failed to earn milk
The producers of milk to Fonterra this year received the lowest earnings for the last 9 years 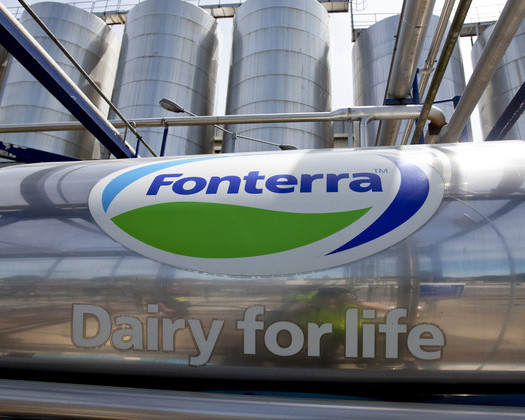 The Whareroa plant for the production capacity can each week to produce so much milk powder, cheese and cream that this amount would be enough to fill three Olympic swimming pool. Due to this the plant for Fonterra co-operative its fame as the largest exporter of "milk".

But today, due to sudden sagging prices in the market and decreasing demand for milk in China, 80% of farmers Fonterra was in a state of crisis. Famous Whareroa plant has become a symbol of how Fonterra are unable to capitalize on the added value of products.

Over the last 3 years the price of milk, which is almost all confectionery products, from cookies to ice cream, fell by almost half. This occurred because of lower demand in China amid the market saturation. The situation with China has hit many major suppliers, export-oriented. However, in the case of Fonterra this has led to the most sad consequences: the company had previously implemented in the Chinese market 95% of its production. Farmers say Fonterra: the company could obtain much more profit from the received milk. Selling prices for 1 kg of sold milk has fallen to $3.90 at $ NZ at $8,40 three years ago. This season, the recycler promises to raise the payout to $4.25, but this figure will still be 20% lower than the amount of money that farmers spend on the production process.

Farmers are trying to cope with the crisis in different ways: some sell their stake in the company and move on to supplying other processors. Over the past 5 years, the proportion of Fonterra in the dairy business in New Zealand has fallen from 95% in 2001 to 84%. The volume of milk production by Fonterra farmers in the current season will reach 22 billion liters, three times more than the overall rate of Ireland is similar in climate and population with New Zealand.

Each received a liter of milk Fonterra earns less than Danone or Nestle. Such data leads research center IFCN. Representatives of Fonterra noted that the rules of the company must take all the milk from its farmers, while Nestle or Danone to buy raw materials as needed. A serious challenge in the crisis began and the geographical position of the company. The temperate climate and abundant rainfall makes New Zealand ideal for dairy farming. However, the relative remoteness of the country creates problems with sales in foreign markets.

Now Fonterra is counting on the development of joint business for the production of infant formula to China. However, farmers fear that the company will have too much dependence on the Chinese market.