Monday, 12 September 2016
GMO open prospects for dairy farming
Technology of genetic modification of organisms, persecuted in Russia today, actually save humanity from hunger and open prospects for various industries, including livestock and medicine, wrote "the Science in Siberia" 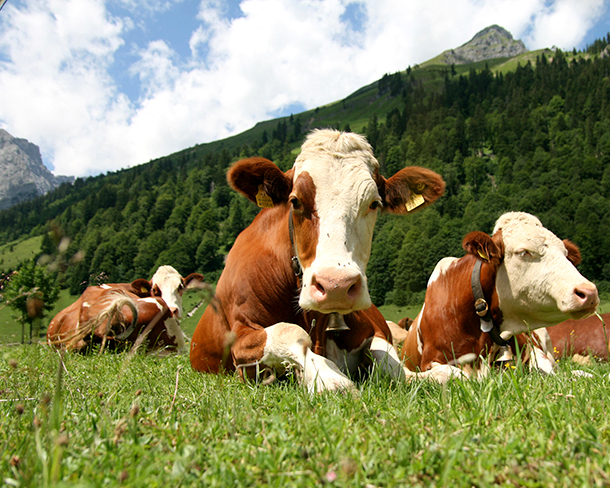 So, today with the use of GMOs is made in almost all the cheese available in shops. A required component for the production of cheese - a protein that promotes rapid coagulation of milk - with the help of genetic engineering was placed into the genome of yeast and black mold, and now these organisms produce a desired substance, whereas it used to receive from the stomachs of dairy calves.

Methods of genetic modification help farming. So, the dairy cows mainly with the horns, and when the animals butt, this can lead to injury. To avoid this and to cut a cows horn, you can display hornless breed dairy cows. And if the traditional breeding of this would cross beef breeds (in which is found comolete) with milk for several hundreds of years, selecting hornless animals, through genetic engineering, we can take a piece of the genome responsible for comolete and inject it into a dairy breed, and this is done during the lifetime of one generation of animals.

In addition, the use of GMOs can solve the problem of finding donors for transplantation of organs. Now genetic engineering is trying to break all animal cells that causes rejection in humans.

The results of genetic engineering are now widely used in medicine. GM bacteria to produce insulin, growth hormone, follicle-stimulating hormone. Transgenic technologies are used for the production of antibodies that could be applied in cancer therapy. In addition, GM technology trying to focus on the production of substances of non-protein nature, such as antibiotics.