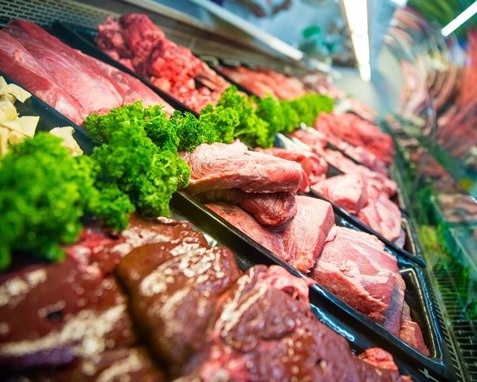 On 1 December, the Rosselkhoznadzor has banned the supply of pork and beef from Brazil due to the discovery of supplements for muscle growth – ractopamine. Expert at meat Institute for agricultural market studies (IKAR) Anna Kudryakova tells how this ban will affect the price of meat in principle.

– The ban imposed on Brazilian beef and pork, domestic producers are not affected. Changes in the prices of pork is not happening. The November prices were fairly low, and still continue to be there. This is something for the pork, sides and Zhivkov (ivoc – pork, sold live weight – approx. ed.).

In respect of the products that use our meat processors are already in the piece, while also significant changes there. The price of the piece – the shoulder, neck, ham – remain low.

The situation is different with respect to the Brazilian pork production. Side now not imported, only piece. Here prices rose at the end of last week they rose to 70 rubles on the position in the piece, which, of course, pushes the price tag up and reduces the competitiveness of Brazilian pork. Domestic manufacturer now is in a better position. The overall market is quite saturated meat, so here's the situation.

As for beef, the price of a piece of early December, about the middle of November has risen significantly – in some areas for 60 rubles. Our producers are not yet strongly reacted to this. Many manufacturers announced that prices will rise, in particular, on the side, produced in Russia. Many have already increased the price tag, but is small and everywhere is 5-6 rubles. Expect it will increase.

While we are still going to get a Brazilian production in early 2018, then the ban will come into full force.

Overall import of meat from Brazil is always very strong influence on the market. But the recent pork this effect is almost negligible – so increased its own production in the country. Pork imports as a whole is about 10%. If you do not take the import from the EAEU countries, in October in Russia imported more than 200 tons of pork.

Beef is a different situation – it is still a lot is imported from abroad. From Belarus, for example, from Brazil, Paraguay, and Uruguay. Mainly from Brazil. Import excluding shipments from USA to other countries is 48%. Own capacities for the production of beef to us is not enough.