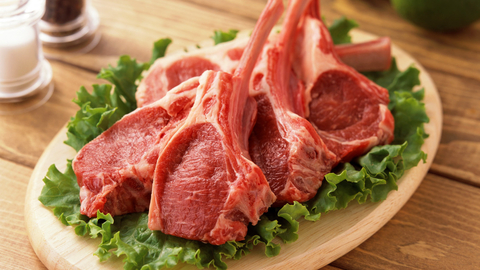 Enterprises of Dagestan in 2018, we aim to export to Iran of 2.5 thousand tons of lamb, which is seven times more than last year, said acting Minister of agriculture and food of Dagestan Kerimkhan Abasov on the sidelines of the national forum of agricultural producers in Krasnodar.

"Last year we sent to Iran 340 tons while, but this year 2.5 thousand tons", - told the Agency interlocutor, noting that last year there were problems at the customs checkpoint between Dagestan and Azerbaijan, but they are now solved.

According to Abasov, Iran has established good pricing. "Every time at their request we are preparing and slaughter", he said.

Earlier it was reportedthat Dagestan in 2018, plans to produce up to 7 thousand tons of lamb to Iran.

It was also noted that in October - November 2017 from Dagestan to Iran brought several trucks of chilled meat, the Iranians were pleased with the quality of the Dagestani products. Trade representative of the Republic of Dagestan in Iran Aliyev Emin reported that Iran is interested in supplying meat from Russia, as now "meat in Iran is very expensive, it comes in frozen from Argentina and Brazil."

All-Russian forum of agricultural producers held in Krasnodar on March 11-12. It was attended by delegations from more than 70 regions of the Russian Federation, experts of the largest Russian companies and representatives of the Ministry of agriculture of the Russian Federation. The forum discusses the development of AIC and rural territories, increase of profitability of agricultural producers and farmers, improvement of mechanisms of state support of the industry.