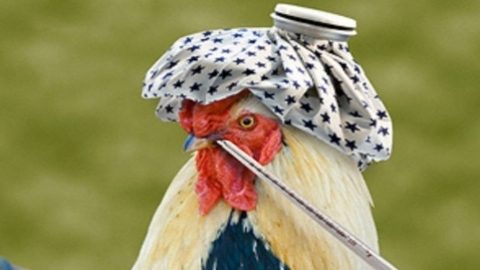 "In connection with the registration of foci of low pathogenic bird flu in France from 13 March 2018 has imposed temporary restrictions on the import into Russia of live poultry and hatching eggs from the departments of Maine-et-Loire, Sarthe, Deux-sèvres," — said in the message.

In early March, Russia introduced restrictions on import of live birds and eggs from various regions of the Netherlands and Bulgaria.

The Rosselkhoznadzor in 2016 started to impose temporary restrictions on import of poultry and hatching eggs of those regions or countries where they were identified pathogenic avian influenza virus. In particular, there was limited supply from several regions of Bulgaria, Hungary, Germany, Greece, Italy, Poland, Romania, Slovakia, Croatia, Czech Republic, Sweden.

According to the world health organization, avian influenza is an infectious viral disease of birds, often occurring without any obvious signs or symptoms. In some cases, the virus may overcome the species barrier and cause disease or asymptomatic infections in humans and animals.