Friday, 13 April 2018
Water, natural gas, housing: the village in Smolensk region have received state support.
The Ministry of agriculture of the Russian Federation has allocated money to the region on rural infrastructure. 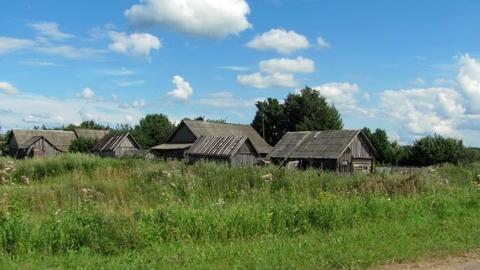 165 million rubles allocated in Smolensk region by the Ministry of agriculture of the Russian Federation on the development of infrastructure in rural areas. About it as have informed correspondent IA REGNUM in the press-service of administration of region, April 12 was declared by the Governor Aleksey Ostrovsky the workshop with members of the administration. The money will go, including on the development of networks of gas and water.

So, 15.8 million rubles will be allocated for the construction of networks of gas and water in the village Koshino the Smolensk district.

"Today Kosinskom rural settlement is home to more than two thousand people. People complain of rusty water, practically unusable. Given the importance of this issue, we were able to achieve funding through the Ministry of agriculture to conduct a complete gasification and water supply of the village Kosino. During the present year these works will be fulfilled," — said the Governor.

92 million rubles will be spent on construction of 80 km of gas distribution network in 30 rural settlements. 7.4 million rubles decided to use a grant-based support initiatives in rural areas. According to Alexei Ostrovsky, today in the villages of Vyazma, Pochinok, Safonovo, Demidov and Sychevka areas implemented 13 projects of public interest is the arrangement of playgrounds and sports grounds, landscaping of recreational areas, and restoring the burial places of Soviet soldiers who died during the great Patriotic war.

50 million rubles directed to the improvement of living conditions of villagers, including young families and professionals. According to the Governor, social benefits in 2018, will provide more than 40 applicants.

As explained in a press-service of administration of the region, an additional incentive for the allocation of these funds was the visit of the delegation of the Ministry of agriculture of the Russian Federation headed by Deputy Dzhambulat Hatuova in the Smolensk region, which took place after a joint address of the Governor Alexey Ostrovsky and the Vice-Chairman of the State Duma Sergey Neverov, the Minister of agriculture Alexander Tkachev.