Thursday, 26 April 2018
Moscow and Minsk will continue the negotiations on the dairy market 26 April
The parties came together their bargaining positions, said the head of the main Department for foreign economic activity of Belarus agriculture and food Ministry Alexei Bogdanov 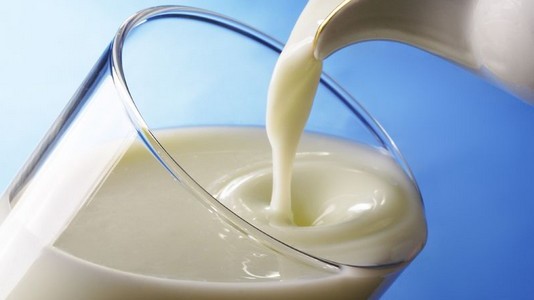 Agricultural ministries of Belarus and Russia closer together position to ensure the dairy market of the Union state for Russian and Belarusian producers, reported TASS the head of the main Department of foreign economic activity of the Ministry of Belarus Alexey Bogdanov.

According to him, the talks will continue on April 26. At the expert level in the format of videoconference talks with the Ministry of agriculture of Russia held on April 24.

"During the talks closer the positions of the parties in understanding the necessity of improving the system of accounting of export of dairy products, monitoring pricing, the adoption of measures to ensure the dairy market of the Union state in the first place due to the Russian and Belarusian producers on the basis of developed and approved a forecast balance of supply and demand", - said Bogdanov.
The visit will take place after the holidays

He added that at a previous meeting, the Belarusian side presented their vision of problems in the functioning of the dairy market of the two countries.

"The information provided has demonstrated the failure of claims to the Belarusian milk producers in dumping on the Russian market"- said Bogdanov.

The Rosselkhoznadzor has repeatedly imposed a ban on exports of products from Belarusian enterprises in connection with the re - under the guise of Belarusian in the Russian Federation the goods come from the countries, placed under the food embargo.

Rosselkhoznadzor has temporarily restricted the export to Russia of some types of Belarusian milk and raw materials, citing "unsafe products."Belarus, in turn, undertook to prevent the import into Russia of "sanctions"

The Belarusian side insists on maintaining the volumes of supply of dairy products to the Russian market at the level of 2017 due to the existing shortage of milk and of Russia's plans to import from third countries, said Bogdanov.

"We would not want to lose their share, and hope to maintain it at the level of the fact of last year and it proposed to the Russian side in the development of balance," - said Bogdanov.

"There is dialogue, the convergence is, verifies data, specific numbers. I am sure that we will come to a common denominator, and in the course of the negotiations and the future meeting in Minsk will create a balance," - said Bogdanov.

According to him, the Belarusian side will consider the proposal of the Russian side on the development of a mechanism for the regulation and control of the overall dairy market.