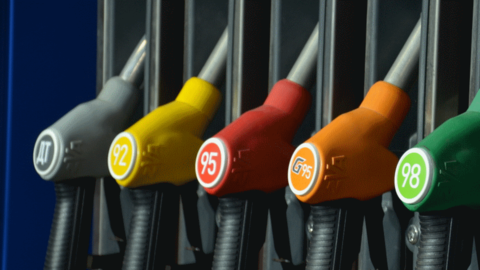 "The government is now thinking of how to issue regulations to the excise tax to reduce 3 thousand — diesel (fuel), for 2 thousand — GSM. Excise to remove three rubles or four. This process has begun," said Moskvichev.

State Duma Deputy from the Communist party faction, member of the Duma Committee on budget and taxes Vera Ganza previously reported that the Communist party on Tuesday will offer the Duma to adopt a legal order to request information from relevant agencies about the increase in fuel prices in Russia. According to her, prices are much higher than that which is "promised by raising the excise taxes the government".

As reported may 17, Rosstat, the average retail price of gasoline in Russia according to may 14, reached the level of 41 rubles per liter, reaching a 41.28 ruble. The first Deputy Chairman of the CBR Ksenia Yudaeva, speaking on 21 may at the meeting of the inter-Committee working group in the state Duma, explained that the contribution to the growth of prices contributed to the increase in oil prices on world markets and the increase in excise taxes in Russia.

At the end of April the head of the Federal Antimonopoly service Igor Artemyev told journalists that the Russian authorities may consider reducing excise duties on fuel, if the oil is too strongly and sharply, adjusting the prices of petroleum products, because in recent years it is mainly the excise tax provoked the growth of prices on fuel.