Tuesday, 26 June 2018
In Udmurtia slow growing purchasing prices for milk.
The industry is struggling to deal with the crisis. 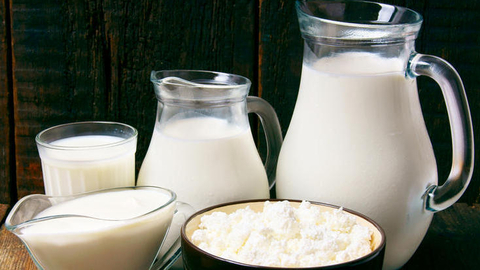 As of June 20, procurement price of milk in the Udmurt Republic amounted to 18.2 rubles per kg. When continuing from the beginning of year falling of the prices in the last week the price rose 11 cents, said the Minister of agriculture of the Republic Olga Abramova.

"Now we capture the stabilization of the price level", — she stated.

According to her, compared to the same period last year, the fall rate was 21% in early 2018, the purchase price of a liter of milk in the country amounted to 22 rubles per kg.

At the same time, the volume of milk produced, the Republic occupies the third place in Russia — in all the farms of Udmurtia provided 299 thousand tons. Over the same period last year, total production grew by 2.4%.

"On average daily milk yield has grown only on 200 g to the level of 2017. Today from each cow per day nazivaetsa 17.7 kg of milk. On the productivity of dairy cattle of Udmurtiya — at the seventh position in the ranking of the district. Partly this situation has arisen because of the forced reduction of feed costs. The reason — shortage of circulating assets" — said the Minister.

As previously reported IA REGNUM, in the Udmurt Republic has developed the concept of the dairy industry development till 2025, which envisages the increase of milk production to 1 million tonnes annually. But still, the dairy industry has problems with sales.

In February the government of Udmurtiya has accepted the decision on additional funding support to molokoobrazovania in the amount of about 200 million rubles.

The head of the region appealed to the leaders of the recycling companies to jointly with the government of the Republic of exploring the question of stabilization of procurement prices for raw milk. He also recommended that molokoobrazovania again to perform the entire production process and find opportunities to reduce costs, improve production efficiency.

Due to the decrease in purchase prices for milk the farmers of the Udmurt Republic received less in the first quarter of 700 million rubles.