Thursday, 19 July 2018
Farmers Udmurt Republic will receive state aid for 92 million because of rising fuel prices.
For the first half of the cost of fuel has increased significantly. 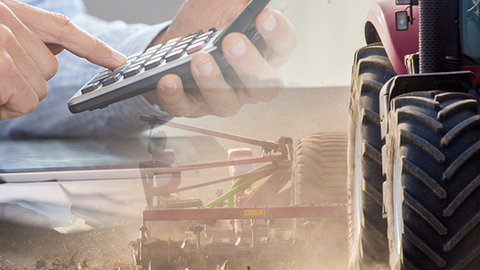 The Russian government decided to allocate additional funds to agricultural producers Udmurt Republic for compensation of costs for purchased fuel. All of the budgets of the two levels within the state will be directed to these purposes 92 million rubles, reported IA REGNUM in the government of the Republic.

According to the head of the Ministry of agriculture of the region Olga Abramova in the first half of the price of diesel fuel has increased dramatically and now the cost ranges from 42 to 47 rubles per kg. means of state support will help to reduce the price of fuel for manufacturers of 5-7 rubles per kg of fuel purchased.

The Minister also noted that despite the low level of technical equipment industry, the forage in the current selkhozstroi goes with almost double ahead of last year schedule. According to 16 July, the Republic harvested 12,7 centners of fodder units per one conventional head of cattle in comparison with last year's figure of 7.5 kilograms.

Recall, the price of gasoline and diesel fuel in Russia began to grow due to the late state regulation of the domestic fuel market. At the end of may, when the price of fuel soared to 50 rubles, the government has taken emergency measures: in exchange for the promise of the heads of the oil companies to keep retail gasoline prices, the state Duma of the Russian Federation adopted the decision to reduce the excise tax on gasoline — by 3.7 thousand rubles and diesel fuel — by 2.6 thousand rubles and approved the cancellation of the planned growth of the excise tax from 1 July 2018. However, this is only a temporary measure. According to the Deputy head of the Federal Antimonopoly service (FAS) Anatoly Golomolzin, reductions in wholesale fuel prices, retail will not decrease, as August and September — the time of the agricultural work, and therefore demand will be high and retail prices are unlikely to diminish.

As previously reported IA REGNUM, in February the authorities of the Udmurt Republic drew attention to the difficult situation in the dairy market, problems have arisen in connection with the reduction of purchasing prices for raw milk.

The head of Udmurtia Alexander Brechalov has repeatedly said that dairy farming is one of the most promising growth points of the Republic. The regional authorities decided to allocate additional funds to dairy producers at the expense of redistribution of budgetary funds. Funding is estimated at 200 million rubles.