Thursday, 23 August 2018
In Poland due to ASF tougher trade rules for beef cattle
The African plague of pigs complicates the lives of not talkto breeders, but the large breeders of beef cattle in Poland. Normative act prohibits the Mazovian Voivodeship on the territory of infection Achs to import and export farm animals other than pigs, without the consent of the veterinarian. 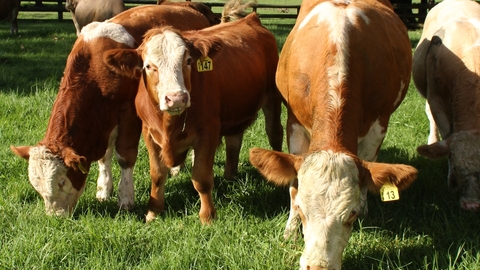 African swine fever indirectly could affect the cattle market, because many pork producers from areas Achs are looking for alternative industry and choose beef cattle that affects the increase in the supply of market cattle. However, until now no one has banned the sale of cattle in connection with the ASF.

Grounds for restricting circulation of cattle in the zone of infection is the decree of the Masovian voivode from August 3, 2018. At first glance, the permit does not seem like a big problem, but in practice this is not the case. Subject to the consent of the veterinarian at the sale of cattle is the export directly to the slaughterhouse. Cannot be sold to other farms and to use the services of intermediaries. The driver emerging from the farm is required to disinfect the machine.

For farmers, such restrictions were an unpleasant surprise. All used solely for inspections of pig farms in the epidemic of ASF. Breeders of cattle are complaining primarily on the impossibility of selling the Zhivkov neighboring farms, doubting the effectiveness of the ASF by complicating the lives of farmers.

Meanwhile, the spread of ASF in Poland continues to gather momentum. Only over the past week it became known about the nine new outbreaks in domestic pigs that hit a total of nearly 1500 animals.