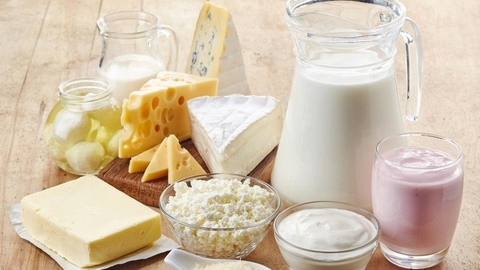 According to the relevant management, production of whey in the Altai region in 2017 amounted to 61.8 thousand tons.

- Statistics on the production of demineralized whey and whey in the region, but according to our estimates, the region's businesses recycle about 97% of serum, - said acting Deputy head of the Department A. Bolshakov.

Earlier it was reported that the Rubtsovsk dairy plant (part of PepsiCo's "Wimm-bill-Dann PP") launched the production of whey protein concentrate 35% (KSB-35) in the Altai region.

According to the Centre for the study of the dairy market (CIMR), the volume of processing of raw milk Rubtsovsk dairy plant in 2017 amounted to more than 180 thousand tons.

Analysts timrreported that in 2017, in the Altai region produced 21056 tons of dry whey and 10104 tons of condensed whey. According to experts interviewed by The DairyNews, the production of KSB-35 is important for industrial processing due to the fact that enterprises still lack of raw material of proper quality.