Friday, 31 August 2018
Molkombinat Olonets in Karelia can move to another region
Olonets dairy plant (OMK) in Karelia "is not very planning to expand representation" in Karelia and the main task is putting the work in St. Petersburg and Leningrad oblast. About it on August 29 at a press conference said the former mayor of Petrozavodsk, Olonets now a Director of a dairy plant in the Republic of Karelia Galina Shirshina. 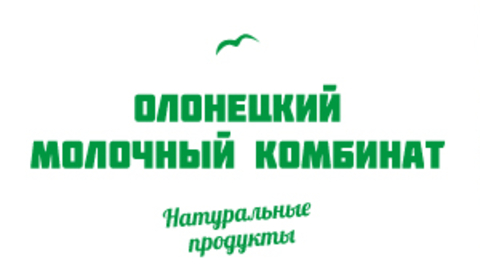 We plan to bring to a logical conclusion its presence in the regions of the Republic and Petrozavodsk, and the main task is, of course, to work in St. Petersburg and the Leningrad region, the chief said, later adding that currently exports to the neighbouring region of 10% of their products.

The reason for the meeting with journalists became part of OMK in the auction for sale of property "colleagues"-bankrupt - Medvezhiegorsk milk plant (MMZ). Plant management is considering possible participation in the auction as one of the options of production expansion.

According to her, the plant tries to compete, increase power and revs over the last year, production volumes increased by approximately 20%. However, the wrong square (today, OMK, including rents space from the state property Fund of Kazakhstan) does not allow you to move on.

- We understand that on the leased premises all development opportunities we have now exhausted - said Shirshina. Today, in order to solve strategic tasks, we need to make serious renovations.

In August the state property Fund of Kazakhstan refused to plant in the buyout "lease walls", so now are some job options that are being negotiated.

- One option: construction of a new plant in the Leningrad region, - said Shirshina. - Two more options: building a non-performing factories in Pskov and Vologda areas.

However, according to former mayor, today, OMK has no full information about facilities, equipment and other property Medvezhiegorsk dairy, which is for sale. In addition, unknown terms and conditions of the encumbrance, in which MMP works today on current tenant – LLC "milk plant "mountain".

- We consider participation in the auction only after we understand exactly what property, what facilities, what is the state of all, and on what conditions the tenant is in these buildings, - said the Director.

Meanwhile, an auction for the sale of molokozavod bankrupt in Medvezhiegorsk district suspended on the complaint of one of the trading companies of Petrozavodsk in the OFAS the Republic of Kazakhstan. Meanwhile, the leadership of the UMC has determined plans in early 2019, it added Shirshina, because the lease of the existing premises expires in 1.5 years.

- If you visit the mill, you'll see that it almost all worth it from prefabricated modules, which in case we will need to move to somewhere that you can collect and take with them, - said the Director.

Shirshina called the latest decision of the Karelian authorities OMK "emotional-irrational alloy", than those, by the way, I fundamentally disagree. The Minister of agriculture Vladimir Labinov noted that the information the hype around the company, probably created artificially, and the plant is unlikely to go anywhere move.