Thursday, 13 September 2018
Achs is getting out of control of individual countries
The Minister of agriculture of Poland, Jan Krzysztof Ardanowski said that the country is unable to hold the ASF in a narrow strip in the East, but it is obvious that this disease has an international, pan-European scale. The virus is raging not only in the East of the EU: a huge number of flashes appeared even in Romania. 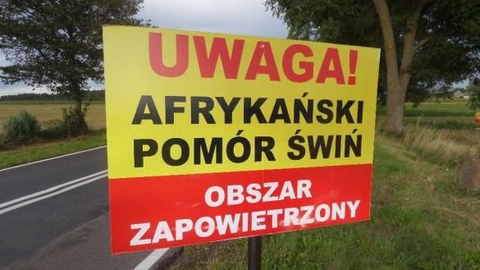 So far since the detection of ASF in 2014 in Poland revealed more than 2800 cases of the disease in wild boars and 212 of outbreaks in pigs, including 108 outbreaks this year. In Romania revealed a total of 700 unit of ASF outbreaks, mostly in the South-Eastern part of the country. European Commission expresses concern at this state of Affairs. The virus has also found its way to Bulgaria.

In the framework of EU aid, Poland has received several million euros of support for farmers who had to switch from pork to other products. The money, however, could count only those who have had farms in the quarantine zones for ASF. Now the Polish government has made a decision on the funding of activities related to biosecurity, across the country. This probably was the reason for treatment Argunovskaja to the European Commission to increase support for farmers struggling with Achs.

In a sticky situation turned out to be the world's largest producer of pork is China, where in recent years also appeared the disease. The Chinese until recently, not wanted to recognize regionalization of the EU, renouncing the possibility of import of pork from the ASF affected countries. Now China itself may face problems for their exports.

Some experts see the current situation, the prospect for growth in demand for pork in South-East Asia and, consequently, increased supplies of European pork products on local markets. But this requires, as a minimum, to contain the ASF, at least within its existing borders. The experience of recent years shows that to do so Europeans will be extremely difficult.