Thursday, 04 October 2018
In the state Duma is expected to decrease in the price of goods in the Crimea
Crimeans will be able to feel the change in the prices in the Crimea in connection with the launch of the cargo traffic on the bridge across the Kerch Strait within six months, said Chairman of the State Duma on the financial market Anatoly Aksakov. 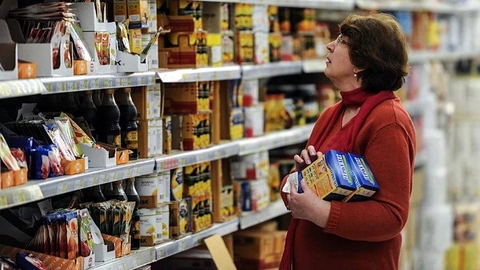 Freight traffic opened on the bridge on 1 October.

According to Aksakov, the launch of the cargo movement will reduce the logistics of delivery of products and goods to the Peninsula. "Savings of billions of rubles, which in the end will shift to the wallets of the Crimean people. I think that it is not immediately obvious within six months to nine months, Crimeans will feel it. And when will be launched the rail transport, and it is much cheaper, then all the problems associated with the difference of prices in the Crimea and on the mainland, more than Crimeans will not feel including in your wallet", — said Aksakov told reporters.

A bridge to the Crimea from the Krasnodar region — the longest in Russia, its length is 19 kilometers. The beginning of the movement of vehicles originally planned for December 2018, but the work was completed ahead of schedule. Russian President Vladimir Putin opened the automobile part of the bridge across the Kerch Strait may 15, the movement of vehicles running on 16 may. The opening movement of trains on the railway part of the bridge is scheduled for December 2019.