Monday, 08 October 2018
The government has set the sales volume of grains from the intervention Fund in 2018-2019
The Russian government has authorized the sale in 2018-2019 to 1.5 million tons of grain from the intervention Fund, which may be sold in the domestic market of Russia and for export, the corresponding decree was published on the website of the Cabinet of Ministers on Monday. 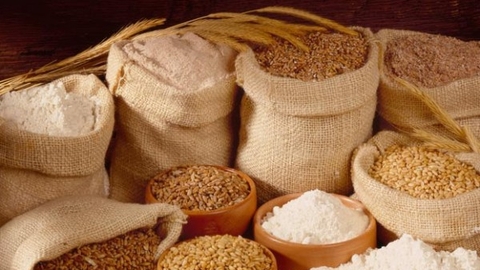 "Allow in 2018-2019 implementation of the wheat, rye and feed barley from inventory the Federal intervention Fund of agricultural products purchased during the public purchasing interventions in 2008-2016 years, in the domestic market and (or) to export up to 1.5 million tons", — stated in the order.

Funds received from the sale of grain will be directed to the Federal budget.

In December 2017 was the government signed a decree according to which in 2018 for export from the intervention Fund could be used up to 500 thousand tons of grain. The bidding for the implementation of the intervention Fund of grain for export was launched on the National commodity exchange (NTB, is included into group of the Moscow exchange) 20 June.

The last time an auction for the sale of grain for export was held on September 27. According to the Ministry of agriculture, from 20 June to 27 September on NTBs volume of transactions under the contracts amounted to 499,1 thousands of tons of grain, or 99.8% of the planned 500 thousand tons. After that, the decision of the Ministry of agriculture grain sales were discontinued.

In Russia since 2001, operates the mechanism of procurement and commodity (sales) of intervention grain. State intervention is used to stabilize grain prices and support farmers. In the last year, however, the representatives of the Ministry of agriculture called grain purchases in intervention Fund less effective tool than support exports.