Monday, 08 October 2018
Kazakhstan in the next three years plans to invest in the development of agriculture about $300 million a year
The President of Kazakhstan Nursultan Nazarbayev considers necessary to realize the full potential of agriculture. 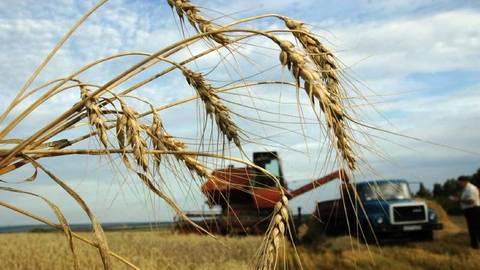 "I instruct the government in the next three years for this purpose (the development of agriculture — Interfax) and science to provide not less than 100 billion tenge (more than $272 million at the current exchange rate — if) annually. The main task — to increase labor productivity. Exports of processed agricultural products 2.5-fold increase by 2022," — said the President of Kazakhstan Nursultan Nazarbayev, addressing with the annual message to the nation in Astana on Friday.

According to the agriculture Ministry, as of August 22, in the register of third countries (with the exception of the registry EEU) included 178 Kazakhstani companies have the right to export agricultural products. Including 160 enterprises were allowed to export to China various kinds of agricultural products. According to the results of the inspection from the PRC is expected to enable them a further 45 businesses.