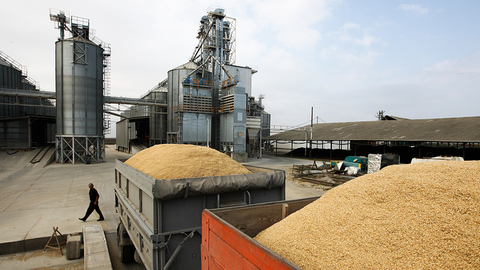 Подписаться на новости
wheat  Russia  rice  grain  corn  barley  seeds  machinery  fertilizers  rye  forage  flour  crop protection  land usage  oats  bread  Agri-Produce  Technologies  Countries  grits  feeds  quinoa
"Signed a decision on implementation in the 2018-2019 wheat, rye and feed barley from the intervention Fund stocks, purchased during the public purchasing interventions in 2008-2016 years, in the domestic market and (or) exports in volume of 1500 thousand tons", - stated in the message.
Funds received from the sale of grain will be directed to the Federal budget, say in the government of the Russian Federation.
Photo:
tomsk.bezformata.ru