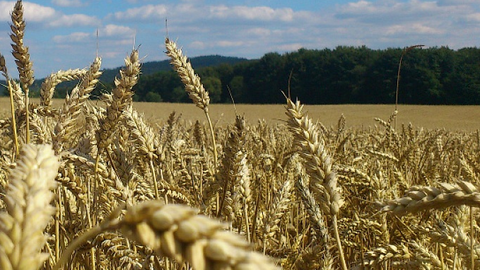 Russia's grain harvest may be higher than expected. According to forecasts of the Ministry of agriculture of the Russian Federation in 2018, farmers will collect the 106 million tons of grain in its pure form. About it during meeting on questions of development of agriculture, which took place on 9 October in the Stavropol region, said the head of Department Dmitry Patrushev.

"Overall, we plan to gather in net weight 106 million tons of grain, at the rate the program slightly higher than the average for the 10 years," the Minister said.

In August, the Ministry of agriculture of Russia increased its forecast for the grain harvest in 2018 to 105 million tons. The increase was 5% based on operational data received from the regions. It was noted that despite the adverse weather phenomena, the gross yield is above average for the last 10 years. According to the Minister of agriculture of the Russian Federation Dmitry Patrushev, it will allow not only to fully provide the country with grain and bread, but also to direct a significant amount of grain for export.