Thursday, 11 October 2018
The volume of agricultural products of Mordovia in 2018 rose 4%, despite the drought
Despite the summer drought, farmers Mordovia collected this year 1 million 100 thousand tons of grain, and the total volume of agricultural products increased by 4% compared with the previous year, told RIA Novosti the head of Mordovia Vladimir Volkov opened this week in Moscow agro-industrial exhibition "Golden autumn". 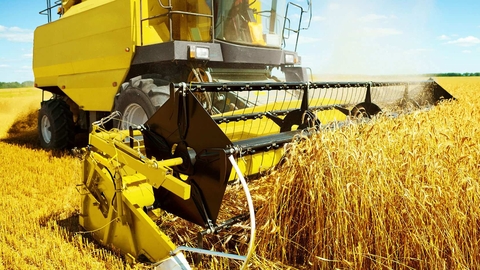 "Unfortunately, because of the drought we lost this year, 400 thousand tons of grain, but it is important that the technologies that we have implemented in agriculture, even under adverse weather conditions, we got the result not worse than a few years ago under good conditions. I'll explain: this summer the drought was the same as in 2010, but then if we collected only 400 thousand tons of grain this year — 1 million 100. In the same weather conditions," the Agency said Vladimir Volkov.

He added that the last five years, the region has collected not less 1 million 200 thousand tons of grain per season.

"In the most favorable years — 1 million 450 thousand tons of grain. And we had a goal is through the development of technologies to reduce the difference between a good harvest and a bad year. In General, the total agricultural output of the region grew by 4% in relation to indicators of last year", — said the head of the Republic.

"We have a large vegetable factory in an area of 30 acres, now ten settling. And besides, are negotiating the construction of the greenhouse complex for growing vegetables on 50 acres. Vegetables grow all the cucumbers, tomatoes, potatoes, cabbage, greens. Green peas preserved", — said the head of Mordovia.

And even shared plans to deliver to the German company BMW hemp for heat and sound insulation in the cars of the famous brand. Briquettes made of hemp are produced in the only in the Volga Federal district the pen — in Russia of all six of these enterprises. Hemp production in Mordovia restored in 2012. Currently, the Republic is conducting negotiations with the concern.