Friday, 12 October 2018
Achs is located 100 kilometers from Germany
"If only one infected wild boar will be able to get to the district of Euskirchen (district of Germany on the border with Belgium), it could mean the national export stop for pork," says district veterinary Dr. Jochen WANs to clarify the seriousness of the situation. 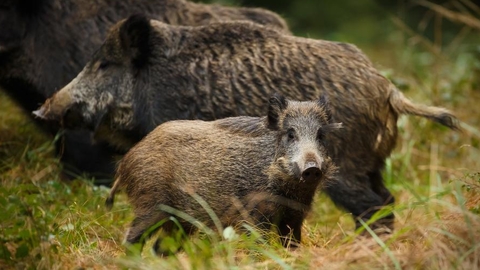 The number of wild boars, which confirmed African swine fever in the territory of Belgium, has grown to 70 - said Tuesday the Minister of agriculture of Wallonia Rene Collen. The Minister also said that in total, the African swine fever virus tested 126 wild boars, of which 99 were found on an area of 63 000 hectares, that is, in a specially established quarantine zone.

At the time of emergence of the virus in Belgium, it was decided that pigs, which are contained in the farms in the zone of the threat will be killed. In total, 4159 subjected to slaughter pigs, which were on 58 farms. The farmers receive compensation, partially from EU funds, partly from the special sanitary Fund, which Belgium has established such a case.

The place where was recorded the last "Belgian" flash is about 100 kilometers from the German border in the district of Euskirchen. This circumstance alarmed the local vets. Was promptly held a press conference, where German experts explained the dangers of ASF for the industry.

If the virus will be in the district of Euskirchen, you'll have to destroy all domestic pigs. Suffer about a hundred swine, which contain 5,500 head. Because infected meat can enter the food chain of other countries and using leftover food to infect other pigs, then Germany will be a ban on pork exports.

Experts appealed to all hunters, pet owners, veterinarians and tourists with a request to immediately report to the authorities found dead animals.

Последние новости
08:05 One of the main issues for agricultural machinery manufacturing sector is the future of exhibitions
09:08 "Chocolate" shared secret delicate cheese dishes: millions of servings of experience
17:05 Round balers Massey Ferguson® is entering the Russian market
16:01 Weekly review of the sugar market from 26 June 2020.
15:08 "Russia Calling": the agricultural Bank has invested in the investment projects of the Republic on the construction and reconstruction of APK of more than 7 billion rubles
14:08 Chickpeas becoming a popular export crop in Russia
13:06 Altai plant began deliveries of agricultural machinery in Austria
12:02 The ratio of the volume of stocks and consumption of grain in the world can reach maximum values of over twenty years of FAO
11:09 Freight report, 26 week 2020
10:06 Russia: stocks of grain traders and processors by almost 18% less than a year ago. Data as of 01 June
09:02 The Acron group develops the cooperation with financial partners in the framework of the Talitsky potash project
08:02 AGROSILA insured poultry population of more than 685 million rubles
17:06 At pig breeding complexes of GK "Agropromkomplektatsiya" in the Kursk region the construction of additional sanitary systems
16:05 2020/21 — what farmers expect from the new season
15:09 The soil moisture monitoring and yield prediction using soil sensors
All news