Wednesday, 17 October 2018
Farmers require a European coordination of struggle with Achs
European countries struggling with the virus on your own risk: while Belgium softens the rules of the quarantine zones, neighboring France is fenced off from the "Belgian" Achs. The Belgian farmers Union calls for the coordinated efforts of the EU to effectively counteract the virus. 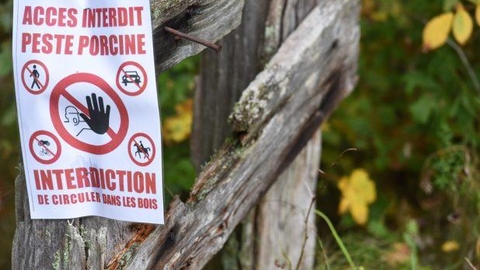 Belgian agriculture Minister Denis Ducarme wants to end the year to allocate from 800 000 to 1 million euros in compensation to the victims of ASF breeders. To date, Belgium scored around 6,000 pigs to prevent the further spread of the disease.

The quarantine zone of ASF in the South of Belgium, which includes 63 000 hectares, currently divided into 3 parts, which began to vary. While in the main area with an area of about 12,500 hectares continues the ban on the feeding of animals, hunting, and movement in it, access to other parts is now allowed. In the zone still being dead boars. By 15 October it was discovered 89 cases of African swine fever have found there sows.

Meanwhile, in the Northern departments of France, bordering with Belgium as a quarantine zone, the authorities have taken the decision to restrict access to the forest, a temporary ban of hunting, logging and transportation of timber. The immediate threat of African swine fever in France, for almost 100 farms. On the border will also be electrified. In places where you won't be able to put a fence should be sprayed substances deterring wild boars.

The Belgian Union of farmers noted that although they understand French precautions, the situation requires the coordination of anti-epizootic measures on the part of the EU.