Thursday, 18 October 2018
The quickly growing agricultural products – wheat
If at the beginning of this year, the price for groats was about 30 rubles, at the moment it has reached an average of 44 rubles. And this despite the fact that millet has traditionally always been a relatively cheap product. Analysts said the rising prices of millet in late summer. So, as of the end of August, the wholesale price of wheat amounted to 33,6 thousand RUB per ton Earlier peak in the price of millet was recorded in March 2011 after two consecutive lean years. 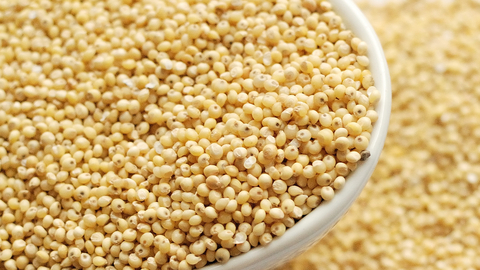 The reason for the rising prices was the reduction in size of the acreage of millet in the last two years. If in previous years the sowing of millet exceeded 400 thousand hectares, whereas last year it took them 268 thousand hectares to 259 hectares. as a result, last year produced much less the needs of the domestic market. His gross harvest in 2017 decreased by 50% to 317 thousand tonnes with domestic demand at 450-500 thousand tonnes This means that this season the market of wheat in carryover stocks. These factors affect what the groats will begin to experience shortages of raw materials. Perhaps some of them will suspend the production of cereals. So next year the growth of prices for wheat can continue.