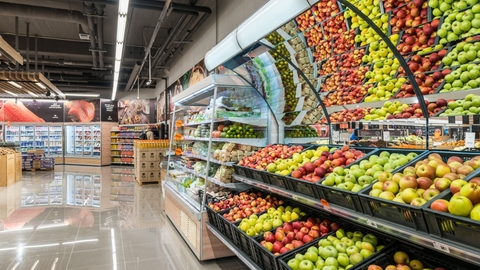 The rating is headed by the permanent X5 Retail Group, whose turnover amounted to 731,2 billion rubles, the second place was taken by "Magnet", the third "Tape". Next is "Dixie", pushed the French network "Ashan", which not so long ago also experienced an outflow of customers and falling revenues.

General Director of "Infoline-Analytics" Mikhail Burmistrov believes that "Auchan" is now experiencing a systemic crisis. The French network already has announced that it will change its stores. So in Moscow was updated hypermarkets "Capitol" and "Fleet". But as said Burmistrov, the sale after the updates have become lower than before the reconstruction of the shops.

According to Burmistrova, Dixy managed to improve their situation due to the fact that they were established, the availability of goods on the shelf, changed pricing strategy, became thoughtful campaign. Also work was done at store level: for the Directors has expanded the powers in the pricing and management of stock, improved logistics and has changed the purchase conditions.