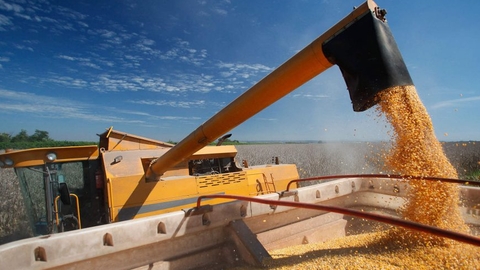 "Yes, we know about the concerns of the Vietnamese side on this issue. They are solved quickly, we respond to requests, and Vietnam also quickly considers them, I hope that there will be a positive agenda. We are very constructive these issues are discussed. We hope that before the deadline the issue will be solved constructively, we have provided all the necessary documents," - said Akimov, answering the question about the claims of the Vietnamese side to the quality of the delivered grain.

Previously, the newspaper Saigon sai fong reported that Hanoi has imposed a temporary ban on the importation from abroad of wheat after the discovery of the weed seeds in the last import batch. This decision, according to the publication, was adopted by the Agency for food security Ministry of agriculture and rural development of the Republic. The Ministry did not rule out that a wheat shipped to Vietnam in recent months from Russia, the USA, Canada and Australia, can be returned to the supplier, if the ban will be maintained.

In turn, the Rosselkhoznadzor said that has not yet received official claims from the government of Vietnam for the quality of Russian grain, but nevertheless noted that the claims of the importers once again talking about the need for a more careful approach in preparing the shipments, and the need to speedily resolve the violations directly in the loading of grain.

Vietnam is among the main importers of Russian grain, along with Egypt, Turkey, Nigeria, Saudi Arabia and Bangladesh.