Wednesday, 07 November 2018
Poland requests the European Commission to partially lift restrictions on ASF
The Polish Ministry of agriculture claims that the situation with African swine fever under control. I agree with this assessment, not all, but the authorities still apply to the European Commission on the withdrawal from certain regions of the quarantine restrictions. 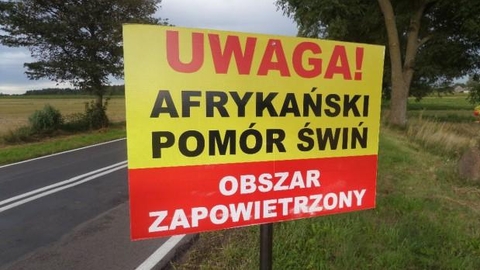 Currently in Poland found 213 outbreaks of the virus in domestic pigs. The last case was confirmed over a month ago, in Lublin Voivodeship. The Ministry of agriculture cites the fact that in many regions of the foci of disease were not recorded. This gives reason to the Polish authorities to apply to Brussels for the lifting of restrictions in 60 communes (the smallest administrative unit).

Agriculture Minister Jan Krzysztof Ardanowski promisedthat if the European Commission makes a positive decision, in restricted areas will be taken for filling barns with pigs. In his opinion, on areas previously affected by the disease must return the pig.

- ASF in Poland gradually recedes, and the measures we took were effective. Our goal is not to limit pig production, and to promote it. It should be a strong point of Polish agriculture and economy, - assured the Minister.

Optimistic assessment of the agricultural Minister, however, is not shared by all. Some experts warn Argunovskaja from statements about the "collapse" of Achs, moreover, that the problems with underfunding of veterinary inspection have not gone away.

In addition, despite a break in September in the promotion of the virus in domestic herds, wild pigs are still being infected with ASF. So over the past two months has been identified 223 cases, and the total number of outbreaks has reached almost 3,000.