Thursday, 08 November 2018
The Dairy forum will discuss the problem the overstocking of the market of dairy products
Dairy products is growing in Russia. According to Rosstat, in January-September 2018 the production of cheese increased by 3.6% compared to the corresponding period in 2017, production of cheese products increased by 1.8%. According to the International Dairy Federation (IDF) cheese consumption per capita in Russia in 2017, amounted to 5.6 kg, therefore, a need in the market amounted to more than 82 thousand tons, while the market volume amounted to almost 97 thousand tonnes of 6.72 kg of cheese per capita, taking into account imports. 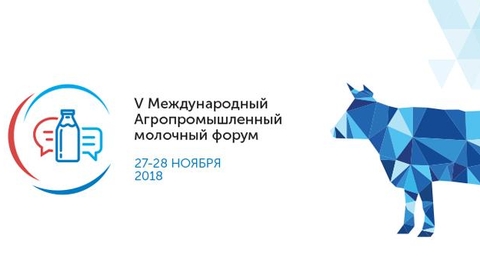 Analysts say that the increase in the production of cheese products leads to higher surplus in the market. Estimated RDRC in 2017 the amount of the surplus on the Russian market of cheese and cheese products amounted to 14.5 thousand tonnes. Largely to a glut in the market contributed to the delivery of analogue cheeses (export and re-export) from the Republic of Belarus. Thus, the imports of cheese in 2017 from Belarus to Russia amounted to 120,6 thousand tons, 78.2 percent more than in 2016, and 2.4 times more performance in 2014. Themselves, however, Russian manufacturers are increasing production of cheese products, contribute to the growth of excess.

Last year the government of Moscow region has estimated the potential of domestic cheese and launched the project of deep processing of milk and cheese cluster "cheese valley". The Minister of agriculture and food of the Moscow region Andrey Razin said that the Dairy forum this year will discuss the interim results of the creation of the cheese cluster in the Dmitrov district: "the Commissioning of the infrastructure of the cheese cluster in the Dmitrov district scheduled for summer 2019. The regional authorities took full responsibility for the design and construction of infrastructure, just for these purposes has been 890 million rubles. Plan accommodation for up to 12 residents with a total production capacity of over 10 thousand tons of cheese per year. It will create about 500 new jobs and invested more than 2.5 billion rubles. Competitive production in the suburbs is a priority".

The prospect of recycling and industry clusters for the Moscow region said Deputy Chairman of Moscow region Government Denis Butsaev: "the industry has evolved in the long term, we need to go to processing. It is with this logic we are currently examining the possibility of creating multiple processing clusters according to the principle of cheese. Now select the platform".

The problem of the growth of the surplus cheese at the market and how to influence the situation and prospects of creation and development of agro-clusters to consider for the V International agro-industrial forum on 27 November at the plenary session "the Dairy industry: playing by the new rules. Export and processing." The forum will be held in the government House of Moscow region.