Tuesday, 27 November 2018
Achs crossed Poland and went on to the West
"I think we took control of African swine fever in Poland" - said last week, the Polish agriculture Minister Jan Krzysztof Ardanowski. "Now ASF is transported to the Western Europe. However, it is time to hold a hand on pulse". 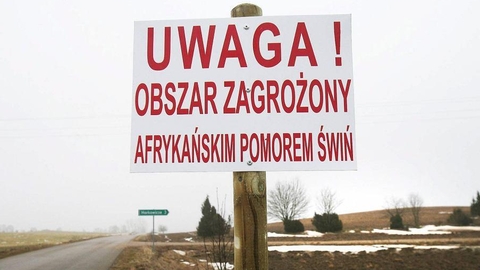 The reason for optimism of the Minister was the lack of ASF outbreaks in domestic pigs in the country since 19 September, although during this same period, there were 276 foci in wild boars. In about 60 communes (the smallest administrative unit in Poland), located in the quarantine zones, disease no longer. On the territories liberated from the virus, checking the crib and increasing the production.

According to Ardanowski, in other countries, the epidemic is more dramatic.

- In Belgium there are sick pigs in China already suffered an 18-second account of the region: there is this leads to significant costs and enhancement of the work of veterinarians. Growing nervousness on the part of farmers, who are forced to Biosafety, which they often do not understand, - said the head of the Polish Ministry of agriculture.

The European Commission, meanwhile, agreed with the arguments of Poland and freed from the restrictions related to African swine fever, 60 gminas in Lublin, Mazowieckie, Warminsko-Mazurskie and Podkarpackie voivodeships. We are talking about changing the status of communes so that farmers could sell iwok any slaughterhouse, not only the specified veterinary services. It also means that meat obtained from pigs grown in this territory, may be sold in the EU.