Monday, 03 December 2018
The government will instruct the regions to create grain reserves to regulate prices
Deputy Prime Minister Alexei Gordeyev will give instructions to the heads of relevant departments and governments of the regions about the need for timely formation of stocks of grain for the maintenance of optimum prices for socially significant products and the stabilization of the situation on the market of bakery products, told reporters in the press service of Deputy Prime Minister. 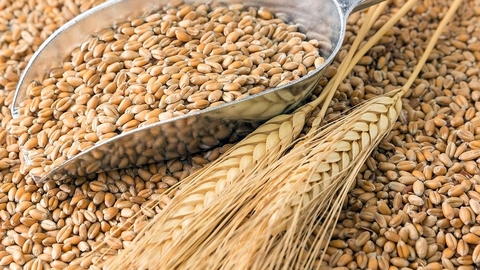 Gordeeva, the representative reported that the Deputy Prime Minister had a working meeting with the President of the Russian Union of bakers (CPR) Valery Cheshinsky. "During the meeting the parties discussed the issue of Russian processors of quality food grain, as well as the situation on the bread market", — said the press service.

"Following the meeting, Deputy Prime Minister Alexei Gordeyev will give the relevant instructions to the heads of relevant ministries and agencies and regional governments on the need for timely formation of grain stocks with the aim of preserving optimal prices for socially important food products and the stabilization of the situation on the market of bakery products", — said the representative of the Gordeeva.

Vice Prime Minister stressed that it is particularly important to ensure the long-term stabilization of prices for social kinds of bread, and it is the main task of heads of subjects. The quality of these types of bread, said Gordeyev, must not give in to flour mass-market products.

As told in the press service of Deputy Prime Minister, the President of the RSP at the meeting said that millers and bakers are doing their best to curb rising prices and stabilize the situation on the bread market. While in recent months the situation with rising prices for grain and flour, he said, was predictable.

In turn, the formation of grain stocks in the companies affected by the limited access of processors to preferential loans. According to Chechenskogo to provide processing enterprises with quality food grain they need financial support in the framework of government regulations on lending to farmers at a concessional rate of not more than 5%.