Wednesday, 05 December 2018
Polish farmers have criticized the government for lack of action in the fight against ASF
Breeders concerned about the lack of action of the Ministry of agriculture of Poland, veterinary services and hunting clubs to combat ASF. Authorities accuse that the country's market open to cheap frozen meat from Europe. 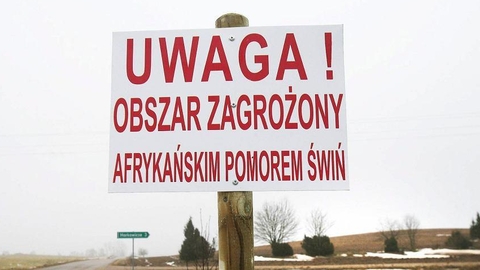 Lublin chamber of agriculture do not agree with the situation in which after almost 5 years of fighting with the virus failed to appoint a single enterprise engaged in buying healthy pigs from areas Achs at fair market prices. In the Lublin province there were cases that iwoc offered less than 0.4 euros per kilo.

Private slaughterhouses are using the situation radically reducing the purchase price. Their stabilization by intervention purchases should be handled by a government appointed enterprise, says Peter Burek, President of the chamber.

Farmers also criticize the work of the veterinary inspection. In their view, some employees overly harshly interpretiruya Biosafety rules, preferring to severely punish where there could be a warning in the administrative procedure and recommend how to improve the situation.

Expressed doubt in the effectiveness of sanitary shooting of wild boars, especially in the disposal of dead animals. Breeders need to dispose of the dead or the dead boar on the ground of detection, as is done, for example, in Lithuania or Belarus, where the recycling takes place in the mobile furnaces or pits of acid. Transporting carcasses to the destruction at large distances is expensive and dangerous, experts say.

The Polish government's accusations and the lack of measures to protect the domestic pork market.

- In Poland, dumped the old frozen meat from Spain, which is not sold in China. We also fill pork from Belgium and Denmark, and the prices on Polish pork swoop down. Farmers count losses. Consumers are eating garbage meat, although paying for it is still expensive, - say representatives of the independent organization of Polish farmers "Agro Unia".