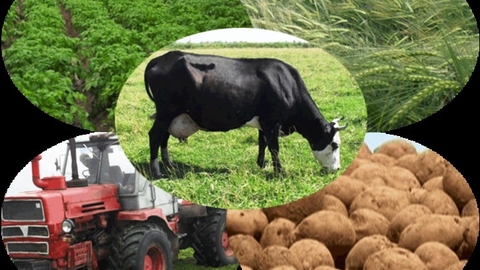 In his speech the Deputy Minister noted that the dynamics of the main indicators in AIC over the past 11 years shows a steady growth. So, from 2007 to 2017, the volume of agricultural production in farms of all categories in the relevant years increased by almost three times. While the average annual growth was about 3.5%.

Elena fastova also told about major changes planned in the state program of development of agriculture in 2019 and future years, including amounts of financial support of agriculture and the adjustment of existing measures of state support.

According to her, the state program of development of agriculture will be extended to 2025 and is divided into project and process part. In the design of the new Federal projects remain the previously implemented departmental projects and programs.

In addition, in 2019 supports the construction and modernization of storage, breeding and nursery centers in the growing, breeding and seed centers in crop breeding and genetic centers in poultry, sheep breeding complexes for meat, capacities on manufacture of dry dairy products for baby food and components for them, with flax and incoprorating enterprises.

Next year will be changed principles for the distribution of funds "single" subsidies in relation to insurance with the state support, according to which the Ministry of agriculture will provide additional financial support to regions that have made commitments to subsidize agricultural insurance – they increased the limit under the "single" subsidies on the basis of planned results by reducing limits on regions that are increasing their performance on agricultural insurance.

Последние новости
12:04 Cherkizovo group began supplying products to UAE
11:08 The Russian agricultural show in Germany
10:05 Crimean scientists create highly efficient and ecologically plastic varieties of sorghum
09:09 Coronavirus is stopping to export poultry meat to China
08:05 Rosselkhozbank said about the profitability of the domestic agricultural sector
17:09 Russia will retain leadership in the world wheat exports
16:08 GC "Yug Rusi" tender: "Supply of equipment for the secondary processing of the film (cascade pellet machine, crusher) for the needs of OOO "Donskaya gofrotara"
16:00 The Lipetsk region is in the top five for revenue of farm households in the Central Federal district
15:08 The Ministry of agriculture of Russia is ready to allocate to regions additional 2 billion rubles of subsidies for agri-insurance development
14:01 Weekly market review sugar
13:06 Program Asia Grains&Oils Conference expanded due to growing interest in agriculture of Uzbekistan
12:04 Investment in equipment — investment in the result
11:05 Kverneland group Manufacturing Lipetsk: the fifteenth year for Russian farmers
10:00 JSC Federal freight won the all-Russian contest of RSPP
09:00 Company "absolute Insurance" has joined the national Union of agricultural insurers
All news