Friday, 25 January 2019
The Ministry of agriculture called the minimum risks in the matter of export from Russia to Venezuela
The share of Venezuela in the export of Russian agricultural products is about 0.3%, therefore the potential risks for the Russian Federation because of the political crisis in Venezuela is minimal. This was reported in the Ministry of agriculture of the Russian Federation. 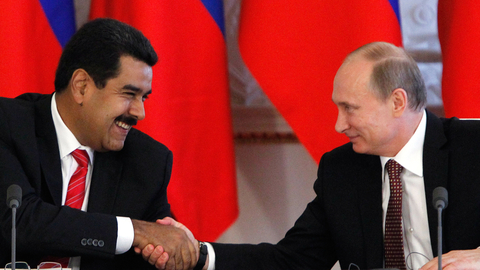 "The agriculture Ministry is watching the situation in Venezuela from the point of view of its influence on economic and trade relations between our countries. It should be noted that given the small share of Venezuela's exports of agricultural products of the Russian Federation (about 0.3% of the total) possible risks to our country are minimal", - said the representative office.

Последние новости
17:06 At pig breeding complexes of GK "Agropromkomplektatsiya" in the Kursk region the construction of additional sanitary systems
16:05 2020/21 — what farmers expect from the new season
15:09 The soil moisture monitoring and yield prediction using soil sensors
14:05 Russian organic producers, working for export, will receive state support
13:03 In Kazakhstan the average yield of winter wheat will decrease by 5% compared with last year, the European experts
12:08 John Deere launches new trailed sprayers series R700i
11:04 During the work of the agricultural Bank a profit of agribusiness has grown 14 times
10:00 AGROSILA: Industry seed production and crop protection in Russia is one of the best in the world
09:04 The quota on grain exports from Russia is not fully selected, the experts differed in assessing its necessity
08:09 JSC "FGC" topped the rating of railway operators for the first quarter of 2020
17:08 The harvest of rapeseed in the EU may be the lowest since 2006. Imports increase to a record 6.2 million tons
16:07 Rostselmash has put European farmers more than 100 tractor mounted and trailed agricultural machines
15:04 To restrict the export of sunflower seeds from Russia have led to a decrease in the acreage of it in 2020 – experts
14:07 AGCO-RM, and "AGCO Finance" offer leasing programs for tractor Fendt®
13:44 Krasnoyarsk branch of Rosselkhozbank twice increased lending seasonal work
All news