Monday, 04 February 2019
The contents of glamorous chickens is a new trend among rich people in the USA
It is not so fashionable to have in your suburban elite cottage purebred dogs, as gorgeous chickens 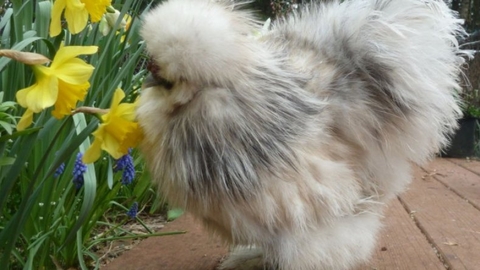 Подписаться на новости
fowl  animal husbandry  Agri-Produce
If you think that the highly paid employees of Google, Facebook, Apple choose cats or dogs in order to emphasize their high social status, you are mistaken. The American establishment suddenly fascinated by the chickens.

It is reported that the content of chickens in suburban homes, more similar to castles, became very popular. And, of course, resulted in the earning potential of those who are in any way associated with the poultry industry.

Chicken coops for chickens glamorous is a stylish houses, similar in design to the house of the owner, or, alternatively, a romantic log cabin. They are equipped with automatic lighting and feeding, including surveillance cameras.

Profitable industry of services has firmly formed around the chicken-glamorous hype. In the supply chain – breeders, veterinarians, consultants on contents.

Of course, each of the elite of the birds has a name and, as they say owners, with their own personality. Accordingly, diseased animals in any case do not send in soup, and for big money. And the icing on the cake for chickens specially hired professionals sew by hand... chicken diapers, so the animals could visit the owner with a return visit.

Последние новости
12:04 Cherkizovo group began supplying products to UAE
11:08 The Russian agricultural show in Germany
10:05 Crimean scientists create highly efficient and ecologically plastic varieties of sorghum
09:09 Coronavirus is stopping to export poultry meat to China
08:05 Rosselkhozbank said about the profitability of the domestic agricultural sector
17:09 Russia will retain leadership in the world wheat exports
16:08 GC "Yug Rusi" tender: "Supply of equipment for the secondary processing of the film (cascade pellet machine, crusher) for the needs of OOO "Donskaya gofrotara"
16:00 The Lipetsk region is in the top five for revenue of farm households in the Central Federal district
15:08 The Ministry of agriculture of Russia is ready to allocate to regions additional 2 billion rubles of subsidies for agri-insurance development
14:01 Weekly market review sugar
13:06 Program Asia Grains&Oils Conference expanded due to growing interest in agriculture of Uzbekistan
12:04 Investment in equipment — investment in the result
11:05 Kverneland group Manufacturing Lipetsk: the fifteenth year for Russian farmers
10:00 JSC Federal freight won the all-Russian contest of RSPP
09:00 Company "absolute Insurance" has joined the national Union of agricultural insurers
All news