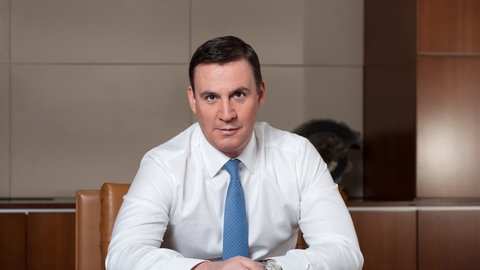 Improvement of legislation in the field of GMOs, the Minister discussed with the staff of the Institute of biology of development. N. To. Koltsov of the RAS Alexander Gaponenko, who proposed to amend the law on state regulation in area genno-engineering activity and allow to use it in domestic agricultural production of genetically modified development of Russian scientists. To date, their use in the cultivation and breeding of plants and animals is prohibited, which, according to the scientist, creates a significant delay to the development of domestic crop production.

The Minister of agriculture, noted that currently, the direction is closely associated with genetics, are being developed by the office in the framework of the Federal scientific-technical program and invited professionals to participate in collaborative work that will contribute to the development of production and exports of high-tech products.

In addition, citizens were interested in issues related to the development of agricultural insurance. So, a farmer in the Altai Krai, Nikolai Leonenko proposed to consider the establishment of a state insurance company to minimize the risks of producers as a result of crop failure.

According to the Minister, the Ministry of agriculture has considered this issue and came to the conclusion that the creation of a specialized insurance company under state control, will reduce competition and monopolization in the market of agricultural insurance that will not contribute to the effective work of the insurance mechanism as a whole. At the same time, as said Dmitry Patrushev, the government pays great attention to the development of agricultural insurance in Russia. In 2019 under the "common" grants to support this direction provides about 1.5 billion rubles, which is almost a third higher than last year. In particular, Altai Krai in the current year will receive more than 10.6 million rubles for these purposes. Also as part of an unrelated support in crop production in 2019 founded nearly 1.4 billion: these funds will be allocated in priority to the insured acreage.

At the end of each meeting, the Minister instructed his deputies to work out the above issues and assist in their solution.

Последние новости
17:03 The soil moisture monitoring and yield prediction using soil sensors
16:00 Weekly review of the sugar market of may 28, 2020
15:06 Council of Federation: unified register of wells will allow you to control the quality of mineral water
14:02 Grain prices at the start of the season will be high due to record low stocks
13:00 Rostselmash has released a new mower BERKUT 3500 UNO MAX
12:07 Buckwheat fell sharply
11:03 10 years without downtime
10:01 Russia: until the end of spring sowing of grain less than 3%. The data on June 2
09:07 The number of terrestrial insects on land have decreased, but increased in fresh water
08:09 RGU: Russia can cede global leadership in the export of wheat
17:01 Krasnoyarsk branch of Rosselkhozbank has launched the service of self-service
16:03 GC "Yug Rusi" tender: "Development of preliminary design, design and working documentation for the object: "detached private Museum (the Orthodox faith)" for the needs of OOO "Olginka" Branch "Chateau Saved".
15:05 AGCO-RM captures the prices in rubles for a Valtra®
14:08 History of success and innovation New Holland Agriculture with a length of 125 years
13:04 NSA in an address to the Governor of the Krasnodar territory supported affected farmers
All news