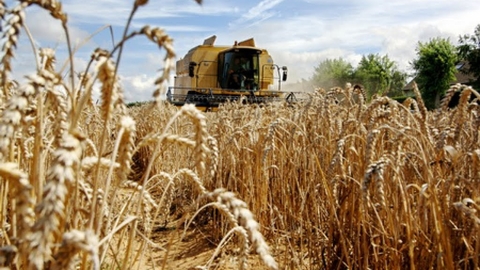 One of the priorities in the sphere of development of agricultural production by 2024, the first Deputy Minister called for ensuring a stable grain yield at the level of 137.5 million tons with export volume of more than 55 million tons per year.

To reach these targets, the regional agricultural administrative bodies necessary to conduct an audit of unused agricultural land and provide for their introduction into circulation. Also in 2019 the region is tasked with a threefold increase in the area of work on liming, to 775 thousand hectares, with the use of measures of state support.

In addition, Dzhambulat Hatuov underlined the importance of accelerated modernization of agricultural machinery. Currently, farmers have a possibility to buy new equipment at a discount under the program of state support, as well as to develop cooperation with JSC "Rosagroleasing".

As noted in the course of the event, last year, despite difficult weather conditions through the use of modern agricultural technologies Russian agriculture showed good results, and collecting certain crops records were set. So, according to preliminary estimates, was collected 19.2 million tons of oilseeds: the gross sunflower harvest totaled 12.6 million tons, soybeans at 3.9 million tons, rapeseed – 1,98 million tons.

In 2018 was laid 16,8 thousand hectares of new gardens – the best figure in the country's history. Gross harvest of fruits and berries amounted to 3.3 million tons, of which the organized sector is 1.2 million tonnes, more than 40% higher in 2017 and is also a record.