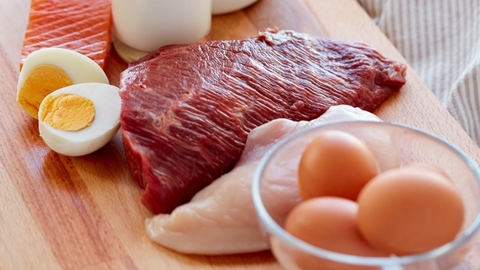 The cost of eggs in the past month increased by 1.2%.

Последние новости
08:07 NSA: in the Kuban signed the largest contract of insurance gardens
17:03 "Sberbank insurance" insured the largest orchard in Europe at 1.5 billion rubles
16:01 According to forecasts of the center of industry expertise Rosselkhozbank, Apple production in Russia to 2024 will increase 2 times and will exceed 1.2 million tons
15:08 Russia exports record amount of sugar
14:05 The Acron group launches the online project "Profession of Akron"
13:00 The agriculture Ministry plans to cancel the incomplete Declaration in export quotas
12:08 Freight report, week 21 2020
11:09 Krasnoyarsk branch of Rosselkhozbank has expanded the tariff line RKO for business
11:06 Krasnoyarsk branch of Rosselkhozbank has reduced rates on mortgage loans
11:02 Russia: Spring grain crops left to plant less than 7% of the area
10:00 JSC "Federal freight" is the new prices for the carriage of goods in open wagons and a loyalty program "Hot summer"
09:03 IGC: World production of corn and wheat to update the record
08:00 In the Federation Council, continue work on the development of agricultural equipment until
11:02 Truck scales for avtodorstroy-Contractor
15:03 Truck scales at the sugar factory
All news