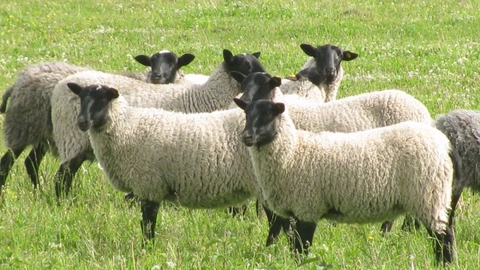 In the Yaroslavl region agricultural company "Avangard" has received the status of breeding farm for the breeding of Romanov sheep breed. About it the correspondent of IA REGNUM reported in the regional government.

Romanov breed was developed in the XVIII century in the vicinity of the town of Romanov in the Yaroslavl province (now part of the city of tutaeva). The breed is considered one of the best for making fur coats made of sheepskin.
"Romanov is one of the most promising breeds not only in Russia but also in the world. This is due to several of its biological features and productive qualities. For one lambing receive 2 — 4 lamb, but can be up to 7 goals. Breeding sheep breeding remains the main direction of development of the industry in our region", — said the Deputy Director of the Department of agriculture and the consumer market Sergey Kamyshanov.

In the post-Soviet period the livestock of sheep of the Romanov in the Yaroslavl region has decreased sharply. Now in the region 7056 sheep of this breed, 7 are engaged in breeding farms. Avangard previously had the status of gene pool management. The status of breeding farm — the highest in the work with the breed. He says that in the herd's best animals. Now experts are working on the preservation and enhancement of the unique gene pool of the Romanov sheep. Currently in the "Avant-garde" 1358 sheep, including 331 ofcemate.

Breeding Romanov sheep receives support from Federal and regional budgets. The current rate of subsidies from the Federal budget on the maintenance of ewes in the Yaroslavl region is 20 thousand rubles for a conditional head. In 2018, the revival of the Romanov breed has been allocated almost five and a half million rubles.